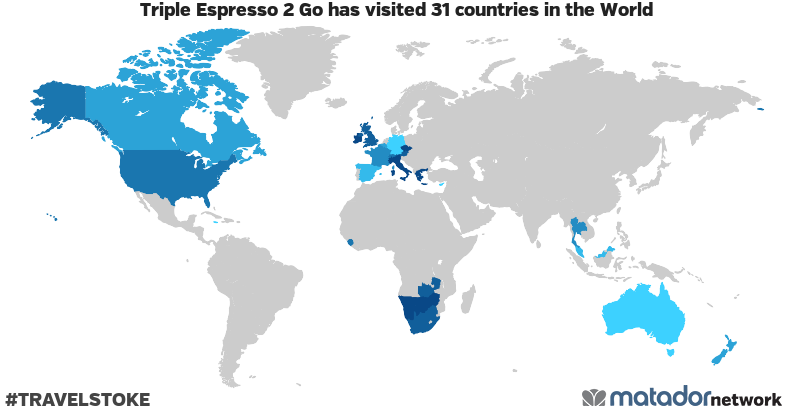 A decade? Where did that time go?! As this year marks our 10-year wedding anniversary, we have been sifting through old photos and reminiscing about our travels (and travel faux pas). We went right back to our first trip together, when our digital photo records began and our hair styles and fashion sense weren’t what they are now 🙂 Neither selfie sticks nor front-facing cameras had been invented back then and it was pure guess work to get yourselves and a bit of the background in the shot. Is there anyone else who remembers these digitally depleted times?

Our first flight was to the sunny beach capital of the world: Belfast. We honey-mooned in Jamaica, baby-mooned in Lanzarote and have a serious obsession with road trips, the first of which was to the Lake District. I, rather ridiculously, presumed that Jeremy was going to propose on this Valentine’s weekend surprise trip (what Rom Com enthusiast wouldn’t?). Despite the fact was that we had only been dating for a few months, I was still rather outraged that he wasn’t down on one knee as we strolled along the moonlit shores of Lake Windermere. What was he waiting for?!

Our future travel plans are to see as much of NZ’s South Island as Jeremy’s annual leave will allow and later this year we’re off to Australia, Singapore and Borneo as well as a return visit to the UK. Looking back at all of these snaps, I realise that travel is quite the addiction. The more we see, the more we want to see. We are always looking for new places, new experiences, new adventures. I suppose there are worse things to be addicted to… Hover over the image to find out the destination.

Despite all of the globetrotting, one of my favourite moments from the past 10 years was the night that Jeremy proposed, in our University town of Guildford. This was by far the easiest decision ever and I couldn’t think of anyone I would rather explore the world with. Happily ever after isn’t just for fairy tales people. We are living our dreams. Although don’t think that these things just land in your lap. You’ve got to go get ’em, fight for them and continually invest in them: time, effort, patience, repeat (just like planning a great holiday really!)

Jeremy, Katie and Sophia are a family of three from the UK who have a passion for travel, good coffee, music and photography. They are currently based in Penang, Malaysia. Follow their adventures as they taste the finest coffee and photograph their way around the Asia.